Paddington Bear, Global Learning and the Idea of 'Home'.

Paddington has been very busy! Never mind appearing at multiplexes, the marmalade-loving bear has been making increasingly frequent appearances in classrooms over the UK. Word is spreading that Paddington brings into schools a whole range of important global learning topics such as refugees, immigration, the idea of home, rights, wants and needs, difference and stereotyping.

…a school that is committed to being a safe and welcoming place for all, especially those seeking sanctuary. This could be people whose lives were in danger in their own country, who have troubles at home or are just looking for a space of safety.

…a school that helps its students, staff and wider community understand what it means to be seeking sanctuary and to extend a welcome to everyone as equal, valued members of the school community. It is a school that is proud to be a place of safety and inclusion for all.

As part of the Global Learning Programme last year, we produced a case study that reflects upon what it means to be a School of Sanctuary and the teaching activities schools can use to raise issues about refugees, migration and seeking sanctuary. One of the teachers from St Nicholas of Tolentine, Bristol, explained how she used Paddington in her reception classroom:

…we engaged in a ‘Paddington Bear visit’ activity, exploring the topic of ‘we all have the right to a home and to a family’. Paddington Bear arrived as a refugee from Peru. We introduce him as someone who doesn't have a home, and needs somewhere to stay. The pupils receive a letter and then write back, inviting him to stay. The children learnt about his journey to the UK and sought to make him welcome in their classroom. The children also take it in turns to take Paddington home, and this reinforces the link between school and home, as parents fill in a diary with their child, and many add photos from their home to it. This activity has been run very successfully for a number of years, and the pupils’ work on the theme shows high levels of (and for some, improved) engagement. It has also had an impact on pupils’ writing as it gave them a real purpose to write – to help someone in need – and helped with their empathy skills.

For anyone that wants to find out more about becoming a School of Sanctuary, the Commonweal School, Swindon, will be hosting a global learning event in January (contact www.glp-e.org.uk for more information).

This week The Big Issue has written a great article referencing a Paddington global learning project in East London. This is worth a read, and it helpfully links to a PowerPoint presentation that can be used in the classroom. Oxfam also host a useful review of a Paddington themed case study from Holm Primary School in Inverness, a project which supported higher order thinking skills and empathy in children. Paddington has also recently become a Champion for Children in support of UNICEF

On Sunday we took our kids to see Paddington II in the cinemas. It’s a great film. Afterwards we talked about the idea of 'home' — a theme that came out very strongly for all of us. For me, it was actually his poignant description of his new ‘prison’ home in his letter to his Aunt Lucy back in Peru that (excuse the pun) ‘hit home’ the most. Paddington does not lie, but describes the prison in as positive way as he can creatively manage. Paddington then reimagines his new home as he would like it to become and sets about making that happen by always ‘seeing the best in everyone’.

The idea of ‘home’ is a powerful and well-known concept in global learning. There are many amazing resources that support a global perspective in learning through this idea of home, and just as I was about to compile a list I came across a fabulous resource doing some of this (and making reference to Paddington) from Think Global which you can download here.

The idea of home has also been revisited in a recent #Globalgoals video that I rather like produced by 59 Productions with Richard Curtis. It's a good starter or warm-up video for the global learning classroom.They describe it in this way:

The film explores the idea that the best way for us to ensure the future safety of the planet is to think about the fact that the whole Earth is our home. Drawing on interviews with past and current astronauts, the film uses material from NASA’s extensive archive to show the Earth as viewed from space over the course of the last fifty years.

Indeed, the idea of home crops up in all sorts of ways through the interlinked 17 global goals, as it does in the Paddington II movie, but interestingly it was goal 1 — the eradication of poverty — that was in my mind when I left the cinema. Clearly Paddington is a fantasy, never mind a talking bear or that the average British family could never afford to live in Notting Hill and certainly not in a house like that. One lawyer also wrote a fantastic review of Paddington (the first version) highlighting the reality of immigration law - in the real world Paddington would be in far more trouble than the film portrays! But it seems a shame that many people may not get to experience the film at this very moment in time because of the sheer cost of going to the cinema. We realised the trip, including tickets, parking, snacks and so on, was over £70 for a family of four. Might the cinema one day become an exclusive cultural activity like going to the opera or a West End musical? For the many families living in poverty in the UK (see https://www.jrf.org.uk/our-work/what-is-poverty), going to the cinema is difficult. This great initiative in Scotland responds to this issue, a cinema in a foodbank, where the film is free and hot dogs and popcorn cost £1 - contrast that with £12+ cinema tickets and £5 medium box of popcorn at the cinema chain we visited.

So, if your local cinema is affordable (!), I recommend going to see Paddington II and then having a good chat with your loved ones about some of its core themes which for me were ‘kindness’, 'belonging' and the idea of ‘home’.

"It's as I said in the beginning ... young [Paddington] Brown has a way of bringing people closer together in the end." Mr Price (Paddington Goes to Town, by Michael Bond)

Oxfam's new FREE SDGs guide for teachers is out now... 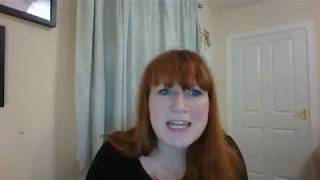 Global Competence for all, not just our young!

Paddington Bear, Global Learning and the Idea of 'Home'.

Engaging with the SDGs schools: models and ingredients for successful practice